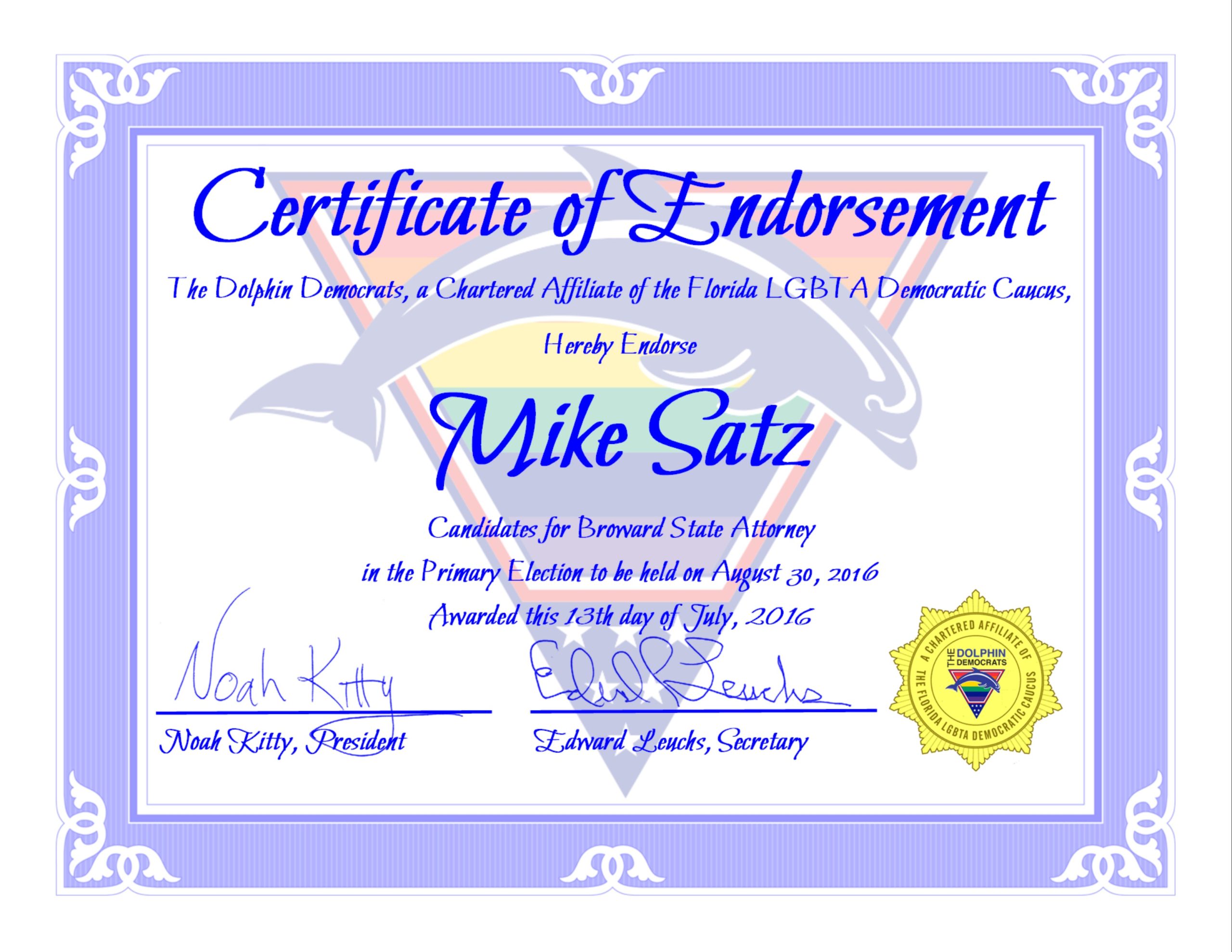 Section 1. In General.
a. All requests for endorsements shall be submitted to a member of the Executive Committee at least fifteen (15) days in advance of the next General Membership Meeting. Requests may be submitted prior to the filing deadline, but the vote by the General Membership shall not take place until after the filing deadline. Endorsements shall be voted on in person, by secret written ballot, at a General or Annual General Meeting.

b. Endorsements for candidates are for one (1) race only – the specific race for which an endorsement was requested, and lapse upon completion of said such race;

c. A separate endorsement shall be required in the case of a Runoff election, following the same procedures as indicated for any other election.

d. Without prejudice to the special rules for Judicial candidates, Questionairres must be completed, signed, and returned to [email protected]

e. A copy of the completed and signed questionnaire shall be circulated by the Communications Committee Chair and/or Secretary to the General Membership of the Dolphin Democrats in writing at least ten (10) days before the General Meeting of the Organization where the endorsement vote shall take place;

f. There shall be no co-Endorsements;

g. In order to cast a vote to endorse candidates at a General Meeting, Members must be current registered Members of the Organization at least 30 days prior to the respective General Membership Meeting.

h. The Campaign Committee shall preside over and conduct the voting process, which shall include, but not be limited to, voting procedures, keeping control of the ballots, and counting the votes cast.

i. The Dolphin Democrats shall not be required to notify candidates of deadlines for filing requests for endorsement, and no notification given, formally or informally by any member of the Board of Directors or Membership, shall be binding upon the Organization.

j. For the purposes of these Bylaws, “Support” is defined as any of the following on a volunteer or paid basis:

l. All members of the Dolphin Democrats are free to support any registered Democrat who is a candidate in any way they so choose, so long as they do so as individuals and not identifying as members, Directors and/or Officers of The Dolphin Democrats, if said candidate has not been officially endorsed by the Organization.

Endorsement in this case shall require only a majority vote of the members present at a regularly scheduled General Meeting of The Dolphin Democrats at which a quorum is present.

b. Every registered Democratic candidate who is in compliance with the general procedure indicated in this Article , shall be given the opportunity to address the membership prior to the vote;

c. A vote of two-thirds (2/3rds) of the voting members present shall be required to endorse a candidate. Nothwithstanding the above 2/3rd voting requirement and recognizing the variety of election procedures involving more than one Democratic candidate and seats up for election, the Campaign Committee may devise a voting procedure with multiple rounds to remove candidates with the lowest votes prior to the final 2/3rd vote between two candidates for the subject election.

d. No write-in candidates shall be considered for endorsement or permitted to speak before the General Membership.

Section 4. Nonpartisan Races.
Pursuant to the rules in Sections 2 and 3, above, and as regards endorsements for Democratic candidates, the Dolphin Democrats may endorse candidates in nonpartisan races provided that said candidates are registered Democrats.

Section 5. Judicial Races.
Without prejudice to such limitations as are set by law and other authorities, and notwithstanding the rules for non-Judicial Races, the Dolphin Democrats may recommend candidates for judicial races. To that end:

Join us on Saturday, June 19, 2021 as we march in the Wilton Manors Stonewall Pride.    If you want to be part of the Dolphin Democrats group please sign up HERE Line up for the Dolphin Democrats start at 6:00pm at the Fort Lauderdale High School.  The parade will start promptly at 7:00pm. We […]