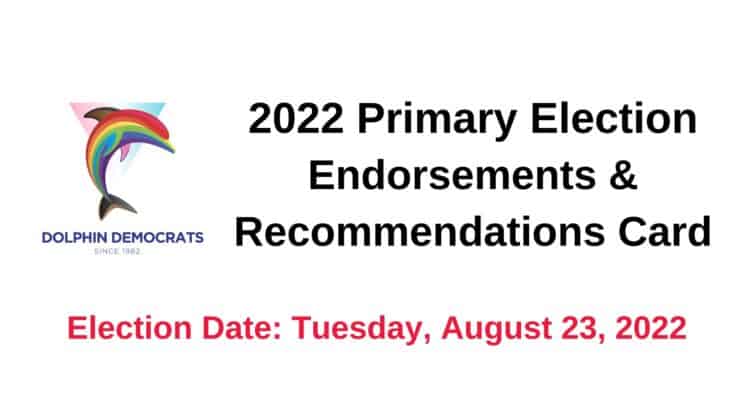 The Dolphin Democrats members, Campaign & Election Committee and Board of Directors have decided to endorse and recommend the following candidates:

Click this link to print a PDF version of the endorsement card: DD_2022_VotingGuide 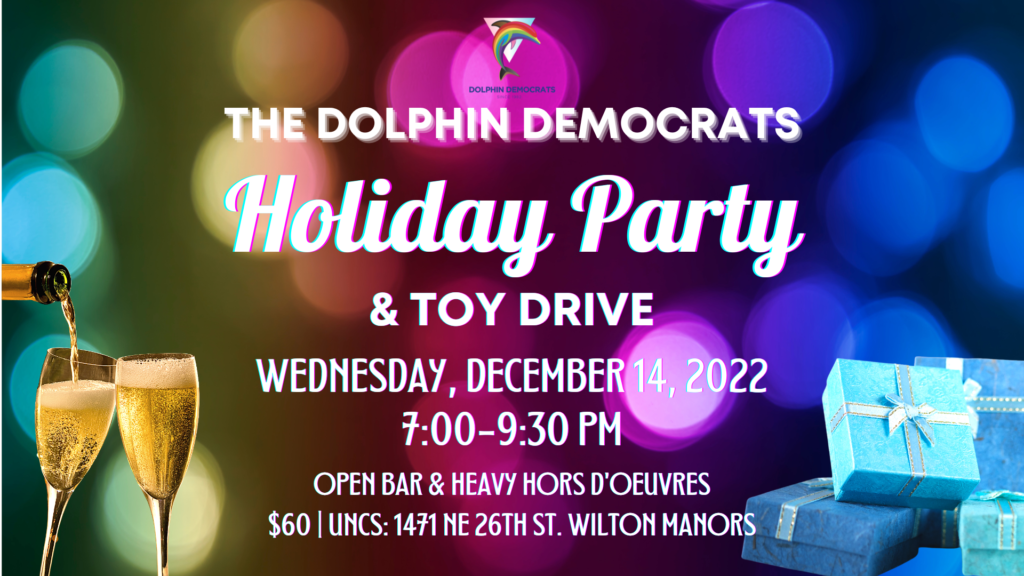