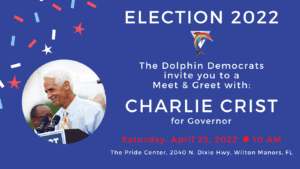 Join us for a Meet & Greet with Charlie Crist for Governor.

Congressman Crist will be our only speaker at this event where he will talking to our members and community at-large about his campaign for Governor.

You must RSVP to attend this event. This event is open to all democrats in South Florida. 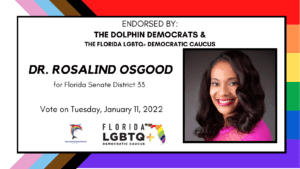 We are excited to announce that Dolphin Democrats members have endorsed Dr. Rosalind Osgood for Senate District 33 for the primary election to take place on Tuesday, January 11, 2022

Congratulations to Dr. Osgood; we are excited to get behind her campaign.  Dr. Osgood’s campaign for SD 33 has also been endorsed by the Florida LGBTQ+ Democratic Caucus.

The members of the Dolphin Democrats were not able to endorse a candidate to State House D94.

Learn more about the State House D94 election. Also, sign up for BallotTrax to stay updated on your mail-in ballot. 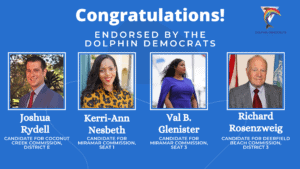 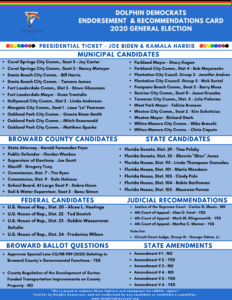 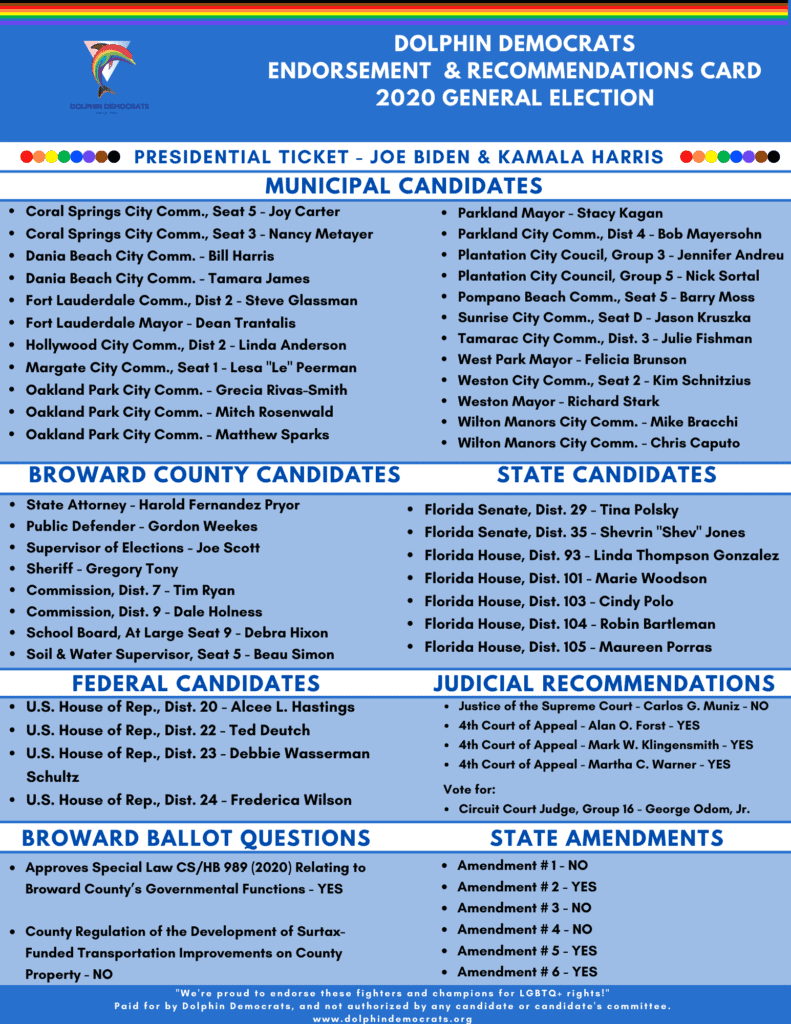 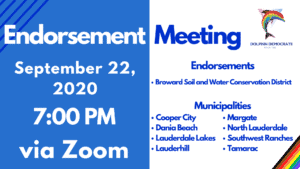 We will be endorsing candidate for open seats in the cities of Dania Beach, Lauderdale Lakes, Lauderhill, Margate, Tamarac, Southwest Ranches and Soil & Water District 5. 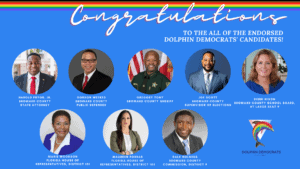 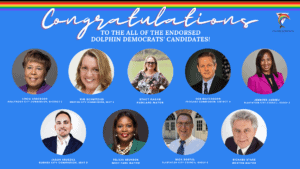 At the September 9th Membership Meeting the members of the Dolphin Democrats endorsed the following candidates running for office and on the ballot in the November 3rd General Election. 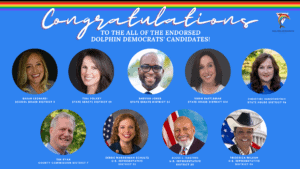 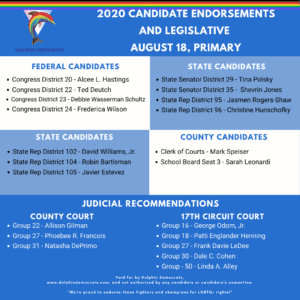 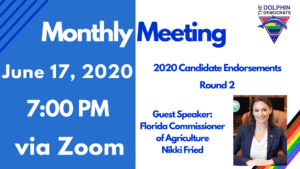 June Membership Meeting & Endorsement
Wednesday, June 17, 2020
7:00 PM – VIA ZOOM*
Join us at our  Virtual Membership Meeting & Endorsement.
Guest Speaker:  Nikki Fried – Commissioner of Agriculture and Consumer Services We will be voting** to endorse one candidate to the each
of the following Broward County Seats:
Sheriff, Supervisor of Election; Property Appraiser; School Board Districts 2, 3, 5, & 9;
State House Districts 93, 95, 103 & 105You can read all the questionnaires by clicking HERE
*Zoom invitation to register will be emailed directly to all 2020 paid members.
**You must be a member for at least 30 days before the meeting to be able to participate in the voting processNote: This meeting has been moved from its regular second Wednesday of the month schedule.

Wilton Manors Stonewall Pride Saturday, June 18, 2022 March with us in the parade in support of the LGBTQ+ Community Line up starts at 4:30pm at Ft. Lauderdale High School – All volunteers marching with us must arrive no later than 6:15pm Parade will start at 7:00pm Please RSVP if you can join us Volunteers […]